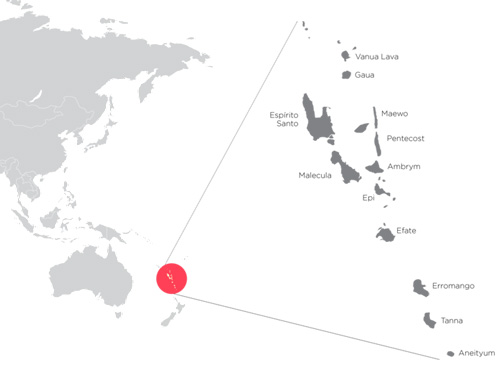 Located in the South Pacific Ocean, Vanuatu an Island Nation of approximately 80 islands spreading over 4706 square miles. The island are divided into 6 major seasons the Cold (Dry) season from May to Octobre and the Hot (Wet/Cyclone) season from November to April.

Vanuatu Has total population of 283,492 scattered throughout the islands.

The country is governed under a parliamentary republican system with a national government consisting of an executive, a legislative and judicial arm. There are 6 regional government to govern the 6 provinces in the country. The country is run under a Combined commn law system, incorporating British, french and customary law.

The official languages are Bislama, English and French. There are other languages spoken domestically including other international languages such as Chinese and Japanese languages.

There are 2 mobile network providers in the country and they provide mobile phone services throughout all the islands of Vanuatu. Internet and satellite communications is lso widely used in the country. Other forms of communication such as fax, telephone, email, postal service are provides in the towns in the post office or internet cafes in town.

There are no serious medical threats in the country wich require prior vaccination. It is however safe to take the routine vaccines including measles-mumps-rubella (MMR) vaccine, diphtheria-tetanus-pertussis vaccine, varicella (chikenpox) vaccine, polio vaccine, and flu shot.

The local media are reported in the three official languages.
Local News Papers

Other international radio and satellite television are accessible in the country.

Vanuatu uses 220-230 volts AC “Type I” Australian AS-3112 type of electrical sockets. This is the type with 3-pin plugs-and earth pin and two flat current-carrying pins. plug converters can be bought in the local electrical supply shops and hardware or in some general stores.

Major forms of transport in the towns are Taxis and Buses. In the outer islands boats are commonly used as the mode for transport. There are vehicles for hire in the towns. Driving is on the right-hand side of the road same as in the US and Europe.

The international airport of entry is the Bauerfield International Airport. There are domestic airports outer islands for domestic travel.

A departure tax of VT 2500 in charged at the international airport and VT 400 for domestic departures.

Tipping or bargaining goes against local tradition and are not practiced int the country.

Vanuatu is a predominantly Christian country.

Passport requirements for traveling to Vanuatu is that your passport must be valid for at least 6 months after your return to your country of origin. All commonwealth member countries do not require a visa to travel to Vanuatu. For further visa requiment contact the Vanuatu consulate or embassy nearest to you of the Vanuatu immigration department.

Dressing is usually light and casual however not too brief in public places.

Providing assurance to parliament on the accountability and performance of the public sector. 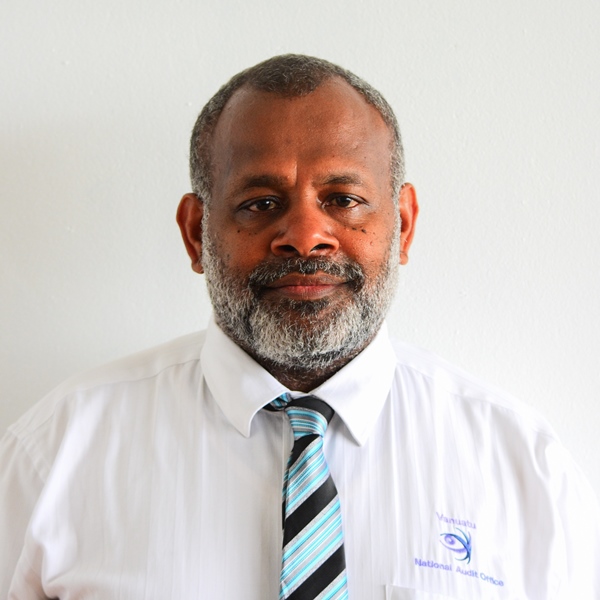 As the Auditor-General of Vanuatu, it gives me great pleasure to welcome you to the Audit Office website.